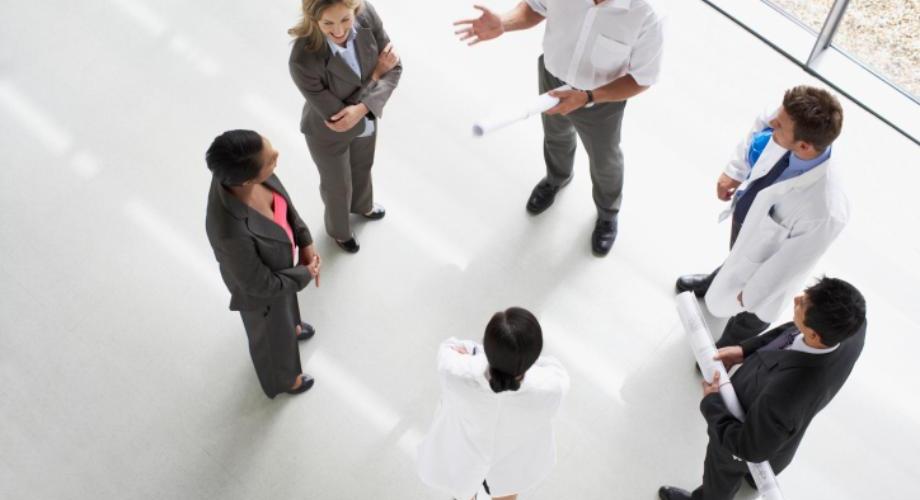 For the eleventh year in a row ASC Management Limited completed a successful annual audit for ISO 9001 and ISO 14001 as the Alliance's lead body, with a clean bill of health.

The new integrated 9001/14001 system was audited by the British Assessment Bureau in December 2019. The feedback from the external auditor was very positive with no significant 'non conformities' identified. The directors say:

"We work hard to ensure we have robust and well regarded Quality and Environmental Management systems to the latest codes. This year we again received complimentary feedback from BAB on the quality of our systems and our environmental compliance. We work to these high standards to differentiate our delivery approach from many other firms. We continue to invest on our class leading e-portal for project and system control and it pays off for our clients and colleagues.

In December 2016 Andrew was appointed the Chief Examiner of this international institute. He is on both the Examinations Committee and the Examinations Board and is responsible for assurance and governance of the professional examination processes. 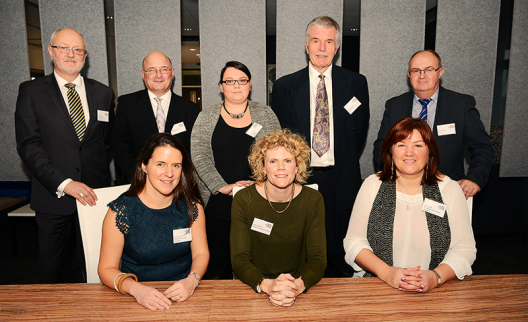 The Demonstration Projects that ran between 2014 and 15 using the Joint Bidding Guide were showcased at Cardiff Business School in November 2015. Mrs Hutt the Minister for Finance and Business for the Welsh Government gave a keynote acknowledging the hard work of the Steering Group and the ServQ Alliance in rolling out the Guide. The Steering Group is carrying on its work into 2017.

In 2016 the National Procurement Service of the Welsh Government won two awars for the Joint Bidding implementation programme. Their processes were based on the early successes of the demonstration projects led by ServQ. Andrew Crossley attended the UK awards dinner in Manchester in 2016 as a guest of the NPS in acknowledgement of his work on the programme.

Andrew Crossley has joined the Professional Examinations Committee of the Institute of Asset Management. Andrew has been a member of the Institute since its early days and is keen to help take the professional training and development side to the next level. Andrew says:

"It has been an exiting few months at the IAM culminating in the launch of the new International Standards the ISO 55000 series in January 2014 and the new professional grading structures within the institution.

I am currently designing a final year Asset Management Unit for the University of Bristol to start in 2015. Being on the Examinations Committee will help us align our course to the early years professional development requirements for the IAM."

The ServQ Alliance has been awarded a contract for the provision of procurement related training, development and organisational services by the Welsh Government. The contract starts in December 2013 and will be ongoing for three years. The Management Board of the Alliance were all involved in the bidding and securing of this important contract. Work started on the bid in March 2013.

The ServQ Alliance's Andrew Crossley has joined the Steering Group overseeing the implementation on the new Joint Bidding Guide, hosted by Cardiff Business School and the Institute for Collaborative Working. Members of the panel include senior procurement leaders in the Welsh public sector, the guide's sponsors and representatives from academia involved with procurement and supply chain analysis. 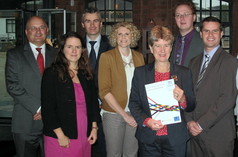 Andrew Crossley attended the launch of the Joint Bidding Guide by Jane Hutt, AM Minister of Finance, Welsh Government in Swansea on 21st October 2013.

Mark Fowler has published an article in the Lord Ashcroft International Business School Journal, Interconnections. The article describes a method for engaging people in creating their new future as a social enterprise. See our Publications pages on Transformation for more information.

Teaching Fellow at the University of Bristol 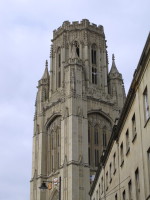 Andrew Crossley has been appointed as a Senior Fellow at the University of Bristol. He will contribute to courses on Engineering systems, innovation, entrepreneurship, enterprise and professional studies. Andrew anticipates working with students in their second to final year groups on Bristol's highly regarded MEng degree courses, on a part time basis. He says,

"I am really looking forward to contributing to this outstanding team of researchers and students in the  Faculty of Engineering at Bristol. In 2011/12 I worked with Faculty members at the Nuclear Research Centre and I am delighted to be asked to support the Masters programme for the new academic year"

Handbook - The team then prepared a practitioner's handbook on joint bidding for procurement and bidding teams. The Welsh public sector procures over £4bn per year and the goal is to ensure that joint bids from smaller entities get equal consideration to those from large organisations. The hanbook will be available in 18 individual chapters at www.wales.gov.uk/jointbidding in early October 2013.

After 11 years as the Chairman of ServQ, Ian Watson has announced his retirement. Ian was one of the firm's co-founders. On behalf of the ServQ Alliance's Management Board, its Partners and Associates Andrew Crossley had this to say about Ian's time with the firm:

"Ian and I have worked together since the mid 1990s. His professionalism and pragmatic Chairmanship of ServQ has been an inspiration to us all. Ian has been an outstanding mentor to all of our team and he is held in the highest regard by his colleagues, our international partners and ServQ's major clients. We wish Ian the very best for his retirement and for his future. Ian will be missed by us all." 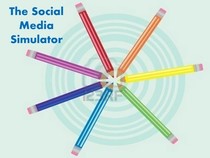 Ken Thompson has developed a unique Business Social Media Impact Forecasting Simulator which provides a simple but scientific approach to developing clear and credible forecasts of the impact including financial benefits of social media campaigns before they are undertaken.

Mark Fowler recently published an article of Transformational Thinking on the Context of Social Enterprises. It is available for download from this site.

This is now the third year in a row that the Alliance project management team completed a successful annual audit for ISO 9001:2008 and ISO 14001:2004 with a clean bill of health.

Both systems were audited by the British Assessment Bureau in June 2012. The feedback from the external auditors was very positive with no significant 'non conformities' identified.

"For the last 3 years we have worked hard to ensure we have robust and well regarded Quality and Environmental Management systems to the latest codes.

We are pleased to have had three years of excellent feedback from BAB on the quality of our systems and our environmental compliance because major clients, especially public bodies, require sound quality and environmental systems for suppliers to be considered for important projects.

The considerable efforts involved in ensuring we work to such high standards differentiate our approach from many other firms. In 2012 we upgraded our 'hosted' systems to ensure colleagues have 'on demand' access to our procedures, audits, updates and business processes, whilst working remotely from our offices."

The new US GAO Scheduling Guide is published

On 31st May 2012 the US Government Accountability Office published its new draft Scheduling Assessment Guide. Andrew Crossley has been supporting this project as an expert advisor since 2009. He says:

"It's great to see how excellent collaboration between the US public and private sector can create an excellent practical guide on scheduling best practice. I was first introduced to its Principal Author Karen Richey in 2008 when she came to CAM-I to talk about her work on the GAO Estimating and Cost Guide.

Karen then asked if I was interested in becoming an advisor on its companion volume on scheduling which is published in draft form today. 3 years on it is very nice of the team to acknowledge ServQ and myself as one of the core band of helpers on this new publication."

You can access the guide and are invited to comment on it by the US GAO at  http://www.gao.gov/products/GAO-12-120G  . This also illustrates the collaborative spirit and commitment to continuous improvement of the US GAO.

Professor Grimes at the UK workshop

ServQ attended the workshop hosted by the Bristol-Oxford NRC on 18th April 2012 to discuss the current capacity and future needs for nuclear research in the UK. Presentation in the morning from Sheffield, Leeds, Manchester, Cambridge, Imperial, Oxford and Bristol set the scene, with Professor Robin Grimes of Imperial giving a national overview.

In the afternoon the delegates split into two work groups discussing recommended research stream in nuclear waste and nuclear futures i.e. the legacy and the future of the UK nuclear programme. This was a very informative day and the significant number in industry delegates illustrated the current level of interest in the nuclear energy options.

Setting Up the NRC

Andrew Crossley has just completed a 6 month secondment working at the University of Bristol to project manage the launch and implementation of the Bristol-Oxford Nuclear Research Centre (NRC). This exciting research programme involves the Universities of Bristol and Oxford collaborating on Applied and Advanced Research as well as mapping Nuclear Futures 50 years ahead. There are over 100 researchers in these areas within the two universities.

Andrew says, "It has been a fantastic experience working alongside one of the top teams in materials, physics and nuclear research for the last 6 months. I was thrown in the deep end, having to project manage the launch of the NRC within 5 weeks of starting. The launch was very successful and the team has won many large research contracts since I started. Now it's time to handover to the operational team. I wish colleagues at Bristol and Oxford every success".

More information on the NRC can be found at www.nrcuk.net

For the second year in a row our Alliance colleagues project management and interim management arm completed a successful annual audit for ISO 9001:2008 and ISO 14001:2004 with a clean bill of health. Both systems were audited by the British Assessment Bureau in 2011. The feedback from the external auditors was positive as in 2010 with no 'non conformities' identified.

The management team say, "We are pleased to have two successive years of excellent feedback from BAB on the quality of our systems and environmental compliance. In an increasingly competitive business environment we find that major clients, especially public bodies, require sound quality and environmental systems for suppliers to be considered for important projects. The considerable efforts involved in ensuring we work to such high standards help us differentiate our approach from many other firms."

One innovation in 2011 has been the enhancement of our 'hosted' systems for 'on demand' access to our procedures, audits, updates and business processes, whilst working remotely from our offices. The Alliance

believes that the strict discipline involved in running such systems has an overall benefit to the business' efficiency and cost effectiveness.

'You have enabled us to articulate and communicate strategic direction throughout the whole organisation.'

'Your flair, creative approach, excellent relationships and methodology helped build capacity, develop behaviours and skills that had a lasting impact.  This enabled us to prepare for and manage a period of considerable change and transformation.'

'We are delighted with the impact you have had in transforming individuals and teams enabling them to deliver high performance outcomes.'

Thanks for the good work'

'This has been truly transformational.  It has helped us look beyond roles to the complex, uncertain and ethical dilemmas of working in a very different way.  It gave us the time, space and challenge to grow ideas and deliver change in my and my team's practice.'

'Superb work - many thanks'

'You clearly understand the dynamics and have a lot to offer the.....initiative over the years ahead'

'(EU) outputs fully met the needs of the programme, the quality was very good'

'A focused and dedicated team of senior practitioners, researchers and industry leaders delivered work packages at the right time and quality'